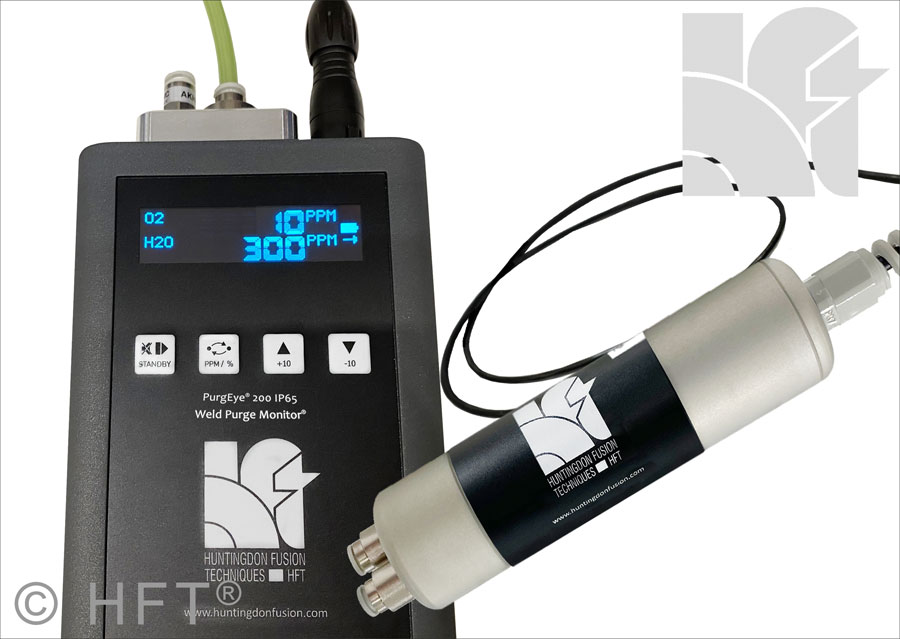 1.0 What is ‘Dew”?
Dew is expressed as drops of liquid water that condense from the atmosphere and onto any solid surface like metal.

2.0 What is ‘the Dew Point’?
The dew point is the temperature in ºC or ºF at which air is saturated with water vapour (also referred to as humidity). Below the dew point, water will begin to condense on solid surfaces in the welding environment.

3.0 How does water moisture affect the quality of the weld joint?
Under arc conditions, water is broken down into hydrogen and oxygen in atomic form which, when present in weld metal, cause porosity and are known to create cracking in the weld joint.

5.0 How does the Dew Point Purging Gas Moisture Sensor™ give readings?
The PurgEye® Dew Point Sensor accessory has been designed to integrate with most of the Argweld® Weld Purge Monitors® via the PurgeNet™ lead that is supplied with them, thereby giving values and water present on the same screen. In this way, the user is not forced into the purchase of an expensive, separate Dew Point Monitor that will give its reading elsewhere.